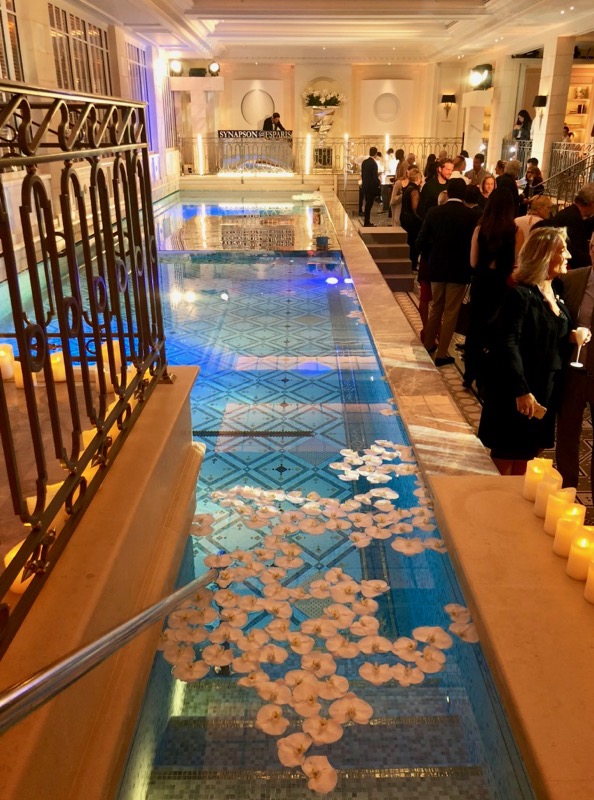 We love Paris in the fall.

When daylight softens and tree leaves turn a warm auburn shade, we prepare for a few weeks in the City of Lights, looking forward to nights at the opera, good theater plays, leisurely strolls around galleries and museums, lunches with our Parisian friends on sunny terraces, romantic dinners, and the allure and style of everyday Paris.

On the evening of our arrival in Paris we attended the grand opening party of the new spa of the Hotel George V.  A striking profusion of green ferns and white orchids and hydrangeas flooded the lobby and the hallways, and hundreds of white candles lit the way to the spa. When we got there the party was already in full swing to the electro sound of Parisian DJs Synapson. Elegant guests holding a glass of champagne were exploring the almost 8’000 square feet of the superb spa. Dancers seemed to pop up in the most unexpected places, to the surprise and amusement of the VIP visitors… These festivities also gave us the opportunity to spend some time chatting with Thibaut Drege, the newly appointed director of the hotel. His joining the Four Seasons group follows the return of Jean-Claude Wietzel to the Hotel George V where is is now general director and regional vice president.

The new spa of the Hotel George V – judiciously named “Le Spa” – consists of a stunning 55-foot swimming pool and a large relaxing area, a fitness center, two hammams, sophisticated treatment rooms and a hair salon.  Le Spa was designed by famous Parisian interior designer Pierre-Yves Rochon, who created a bright and elegant space in a color palette of soft gray, beige and silver. The quality materials, the beautiful mosaic patterns, the classic yet contemporary furniture and the carefully chosen works of modern art adorning the spa are perfectly in tune with the feel and harmony of the hotel. The effect is a vision of Parisian elegance.

As a former elite athlete, my husband He-colibri could not help but notice that the fitness center was fully equipped with cutting edge cardio equipment, the machines having been chrome-plated especially for Le Spa by Technogym. A huge 23-foot screen covers one wall and shows an interactive movie about nature, immersing guests in the great outdoors while they work out.

Personally, I am more interested in the beauty area than the pain and suffering center, and I am already looking forward to moments of relaxation in the expert hands of Le Spa’s beauticians. The spa of the legendary Four Seasons Hotel George V in Paris could not but offer a range of treatments specially designed by famous beauty companies, such as Swiss cosmetics house Dr. Burgener and their Escapade George V treatment: an decadent body and face anti-aging treatment using Chardonnay, champagne oil, gold leaf and green caviar! Another signature treatment of Le Spa is the Japanese Kobido facelift massage.

“It’s a good idea always to do something relaxing prior to making an important decision in your life.”   Paulo Coelho

Leaving The Spa with a goody bag filled with luxurious beauty products, we then made our way to the bar for our traditional Vesper Martini, before having dinner at Le George restaurant. The Four Seasons George V Hotel, with its three restaurants Le Cinq, Le George and L’Orangerie, holds no less than 5 Michelin stars!

We are absolute fans of the trendy Le George restaurant and the cuisine of Simone Zanoni, his Italian chef, who offers a light and modern Mediterranean-style cuisine intended to be shared for a convivial gastronomic experience. We love the distinct Parisian vibe of Le George restaurant (designed, like Le Spa, by Pierre-Yves Rochon) with its chic setting, vaulted ceiling, a striking work of art by Junior Fritz Jacquet and floor to ceiling windows overlooking the hotel’s beautiful marble courtyard. The service team is young and friendly yet very competent, and they strive to satisfy your every gastronomic desire. 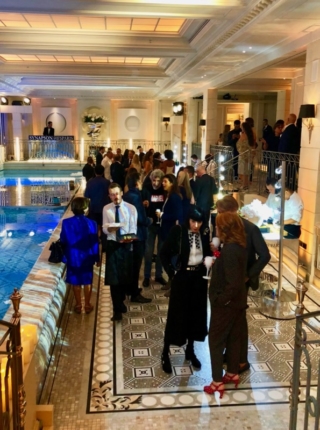 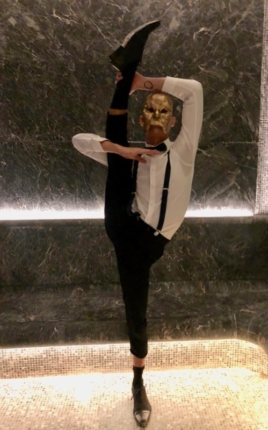 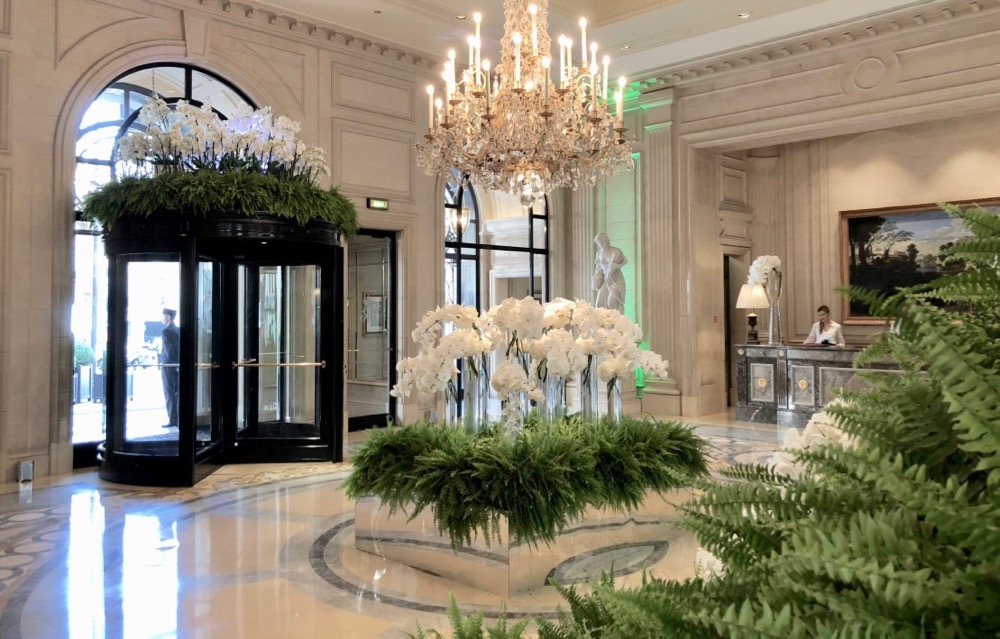 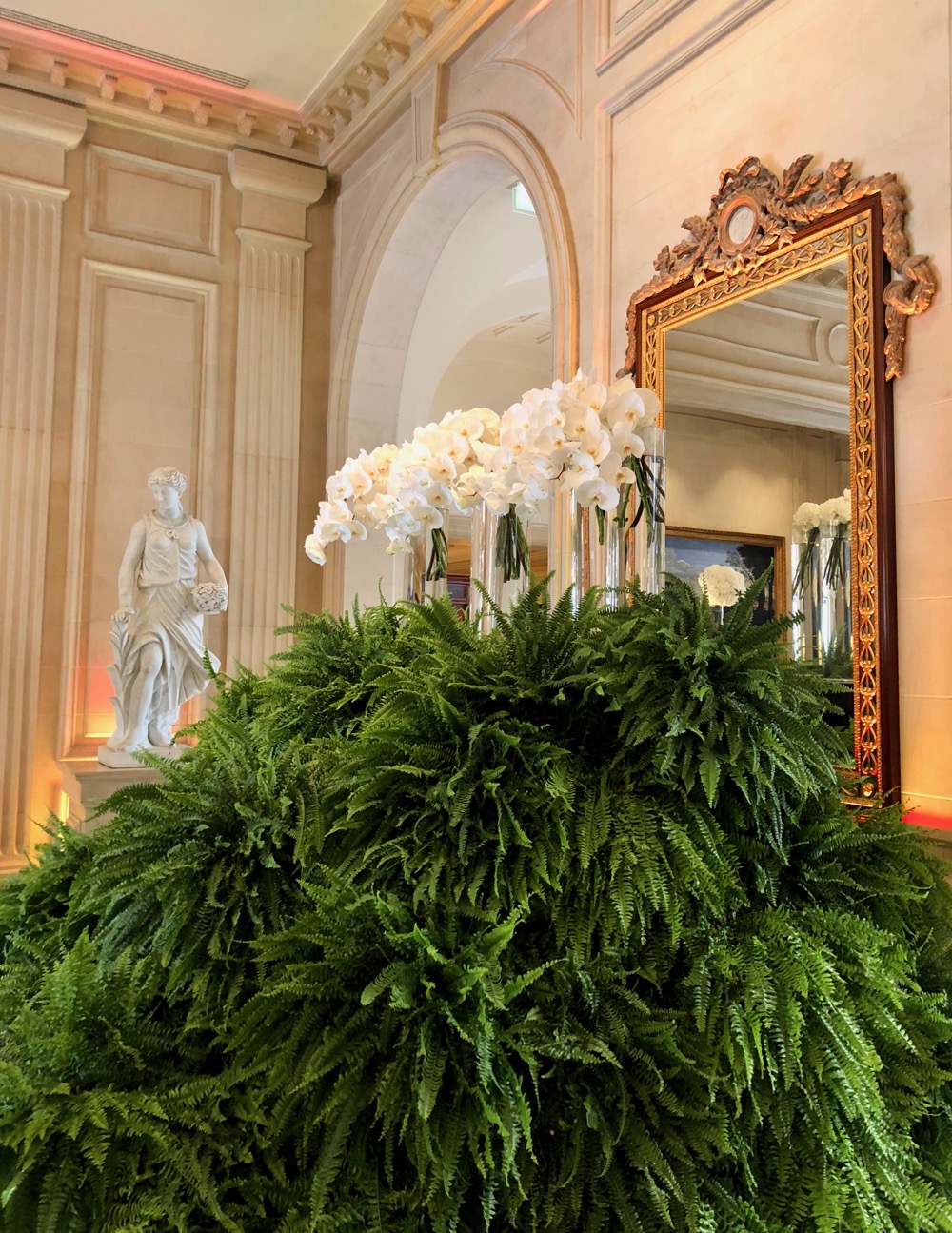 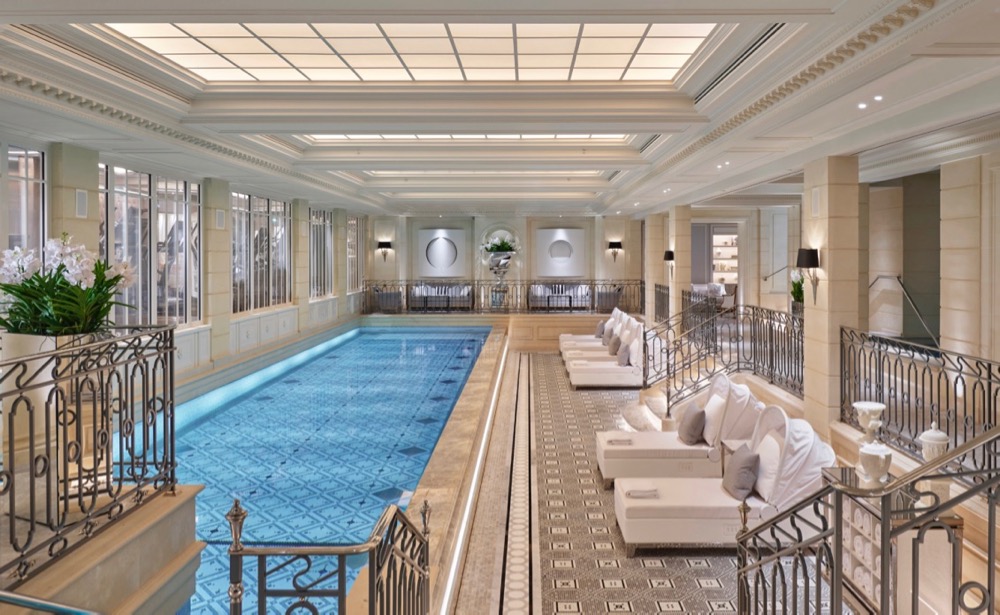 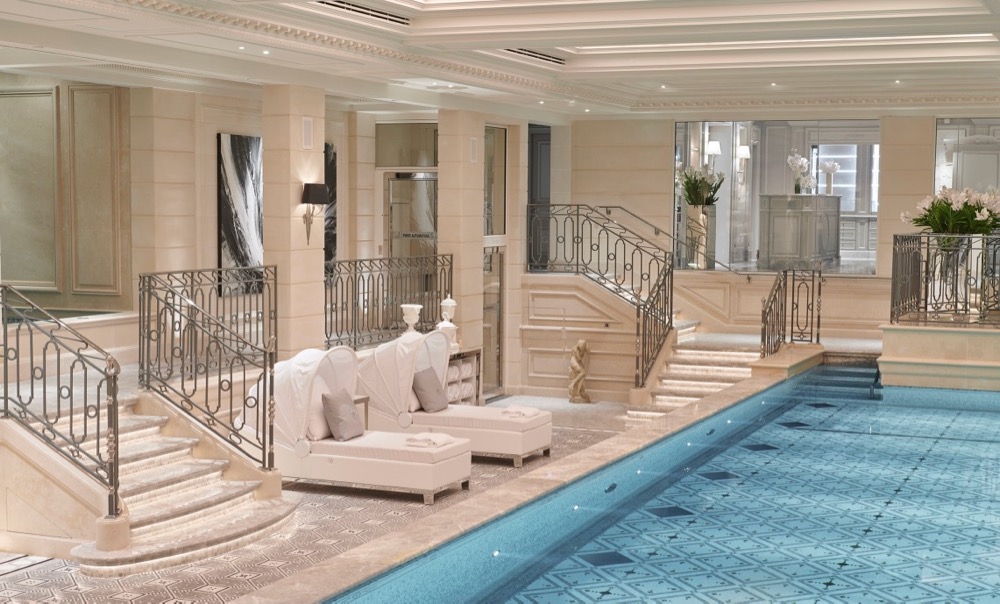 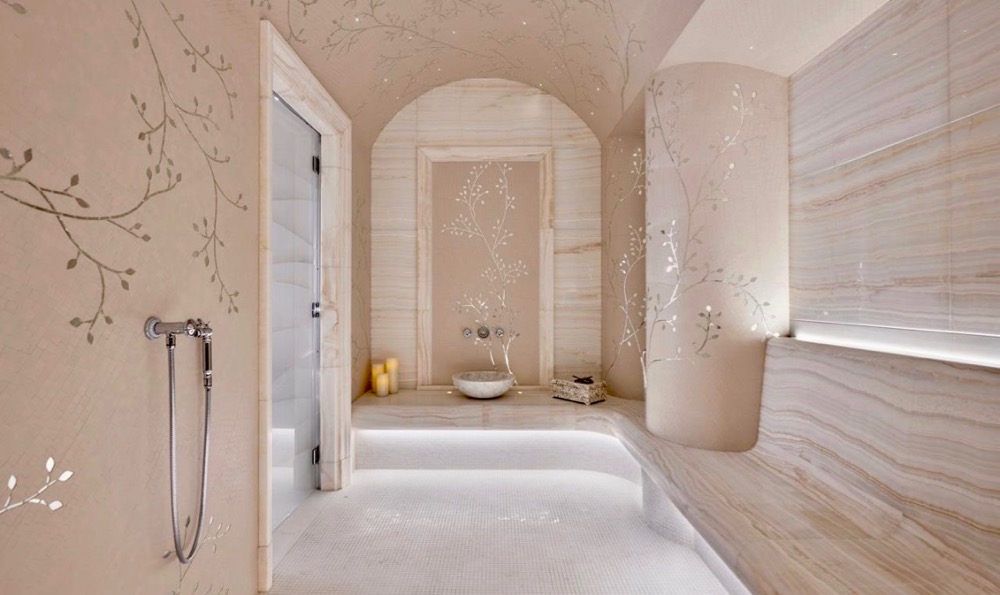 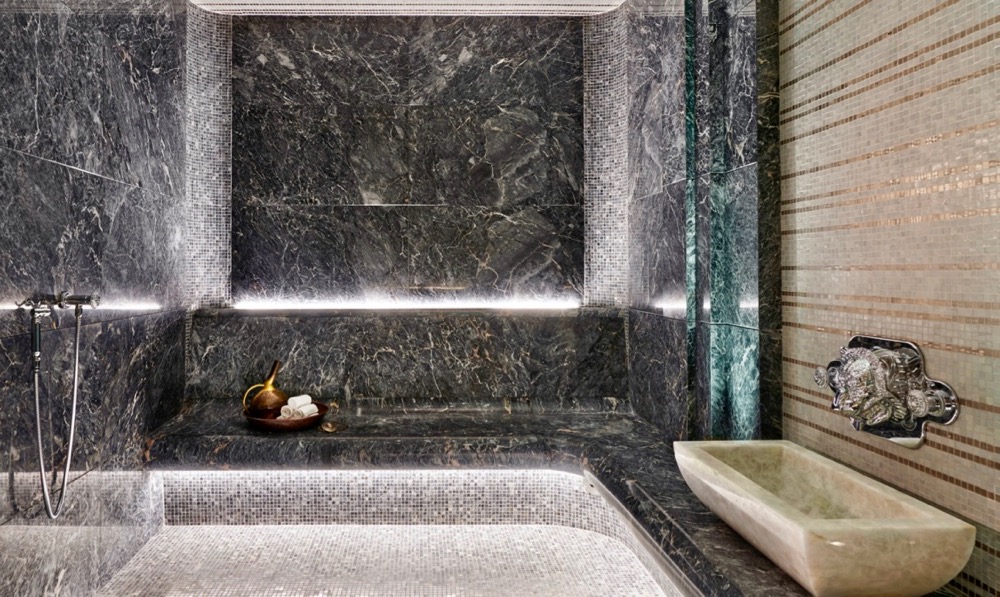 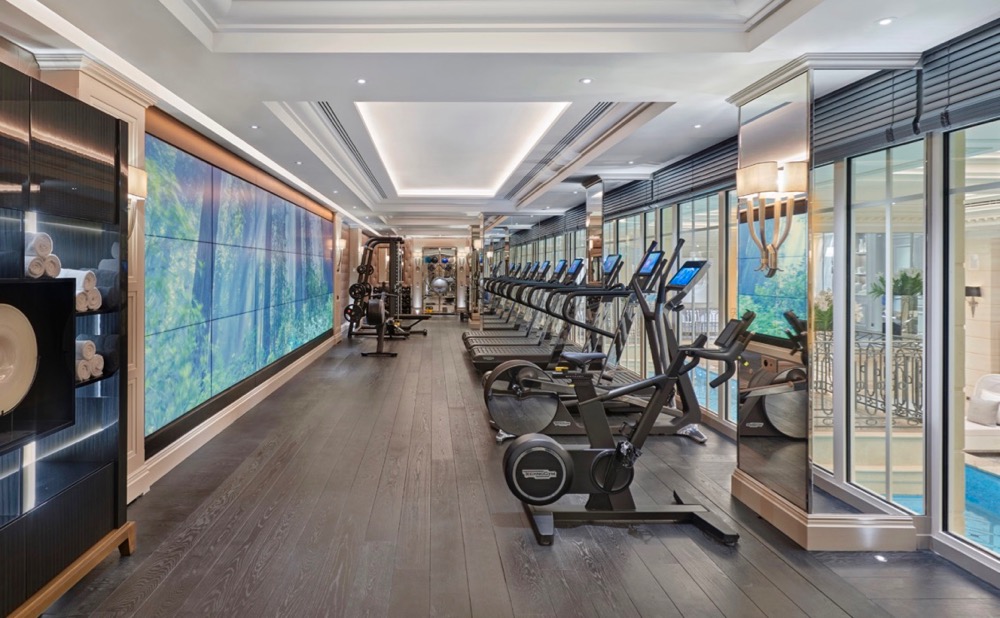 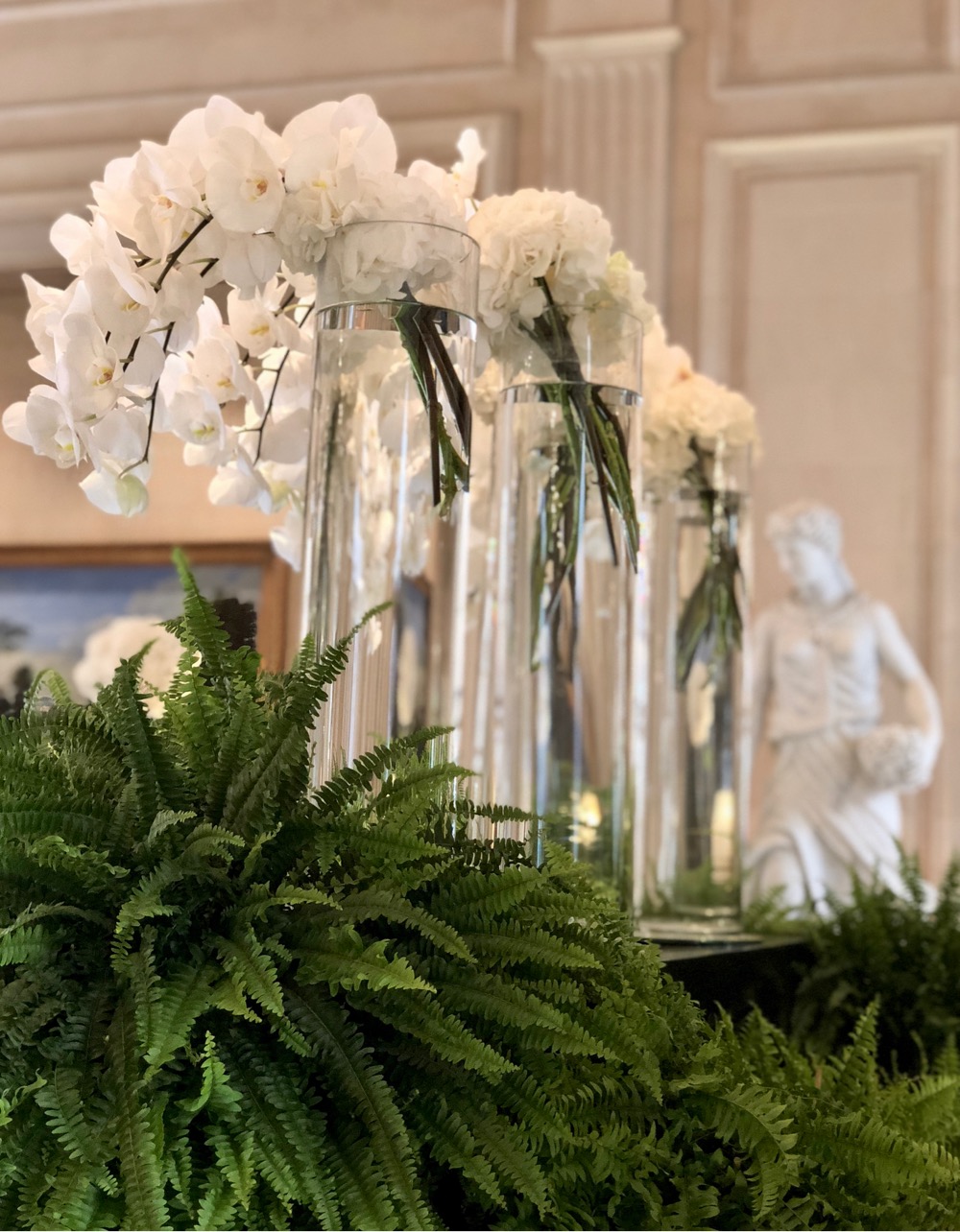 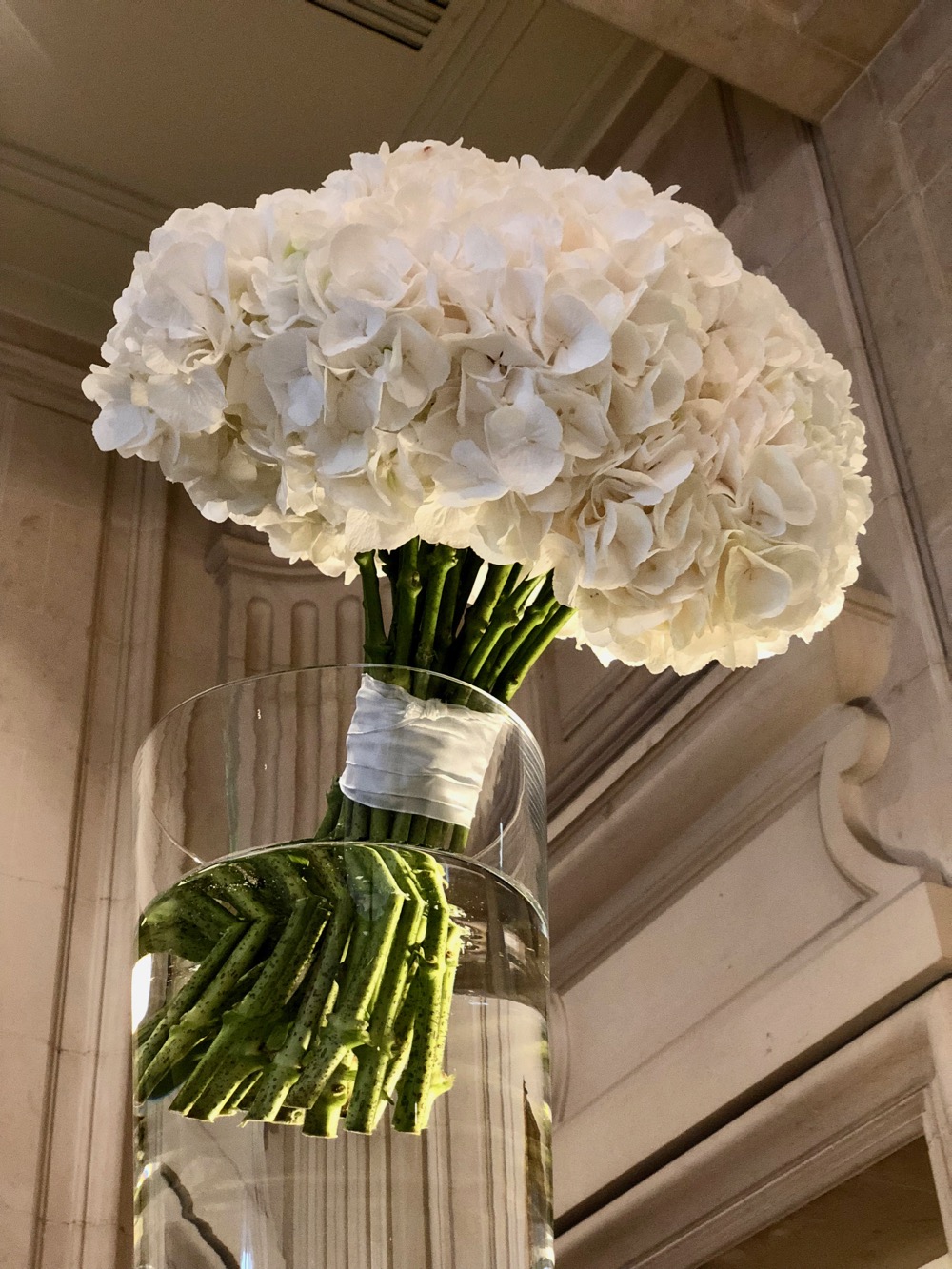 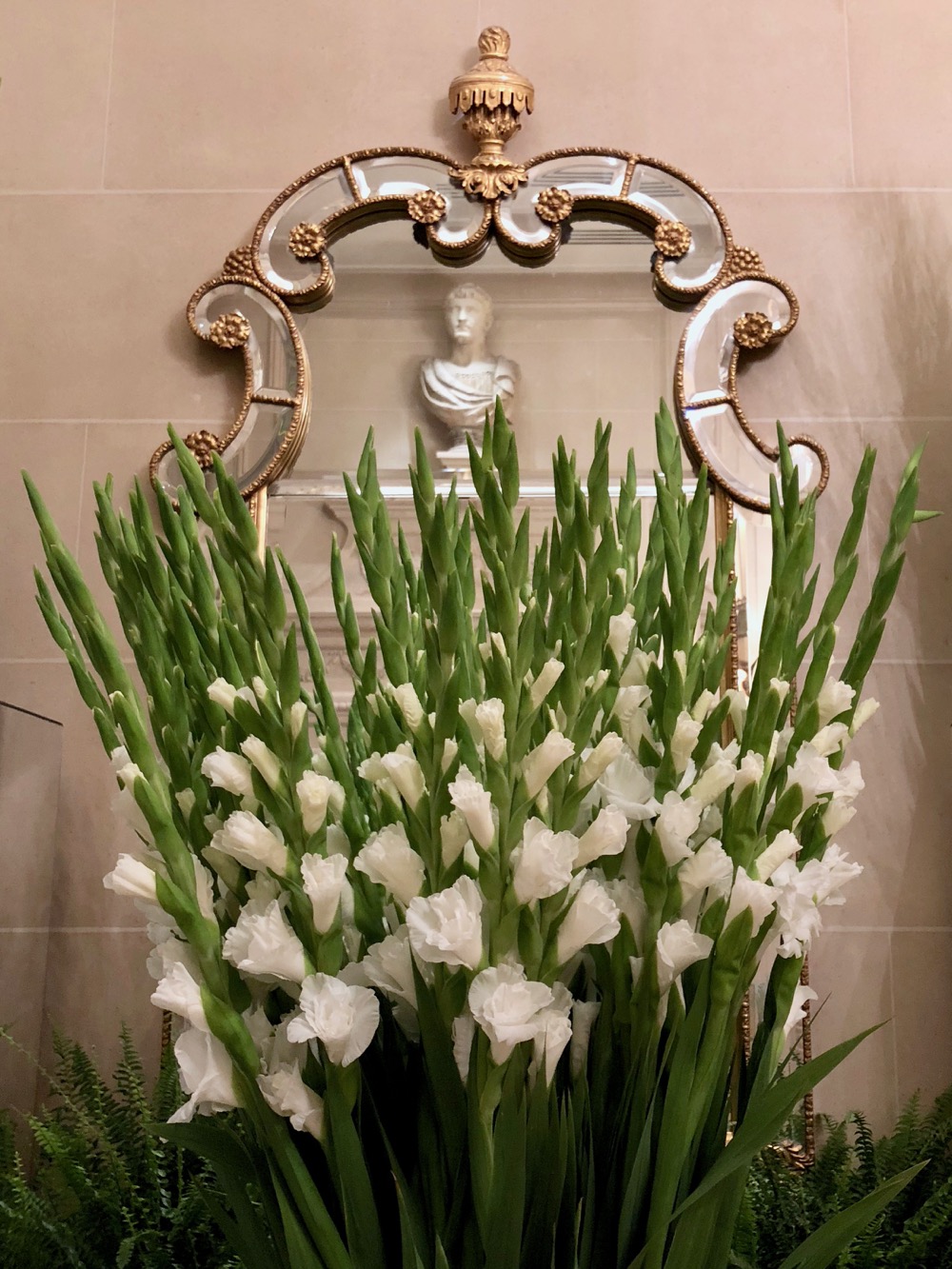 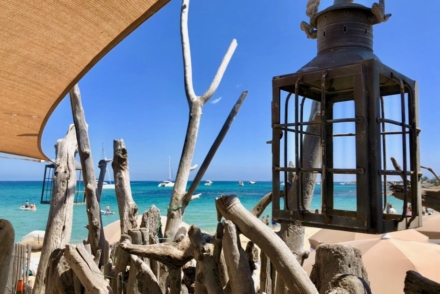 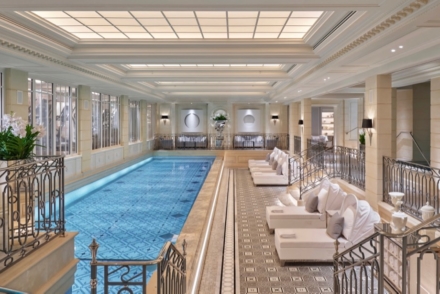 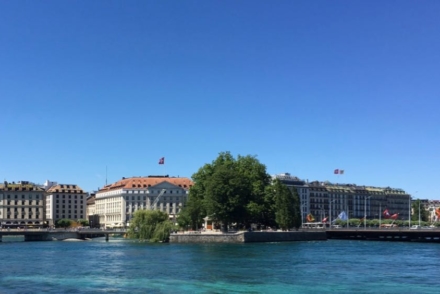